skip to main | skip to sidebar
Mahabharat all episodes 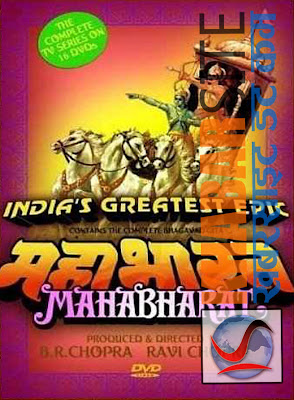 Mahabharat is a successful Indian television series based on the ancient Indian epic Mahabharata. The 94-episode series originally ran from 2 October 1988 to 24 June 1990.[1] It was produced by B. R. Chopra and directed by his son, Ravi Chopra. The music was composed by critically acclaimed music director Rajkamal. Each episode was approximately 45 minutes long. It followed the highly successful Ramayan broadcast in 1987–1988.
It was shown in the UK by the BBC, where it achieved audience figures of 5 million, unheard of for a subtitled series being aired in the afternoon.[2] It was also the first programme broadcast on BBC2 after its 1991 revamp,[3] but was also shown late at night on BBC 1 the previous year [4]
According to production team member Kishore Malhotra, the total cost of producing the series was Rs. 90,000,000.

Playlist of 94 videos
Click next to play new episode.