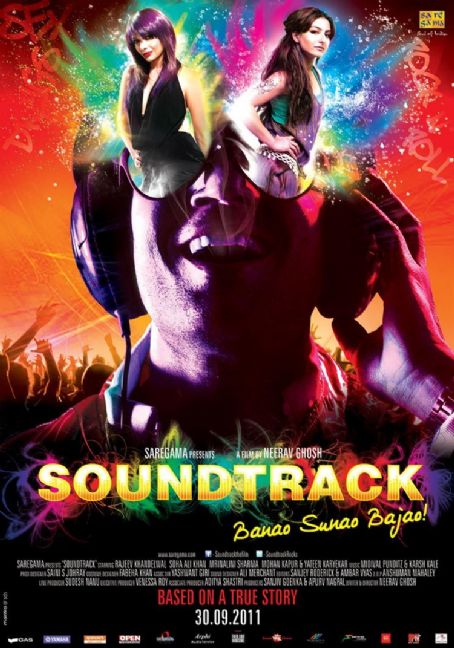 Soundtrack the film is based a true story. A man who stops hearing the world outside to finally start hearing his own inner voice. Soundtrack is an edgy, modern day portrayal of India's most prolific musician and DJ. It traces his alcohol, drug and sex fuelled meteoric rise, as he battles his internal demons and a damaging handicap.

Arriving in Mumbai with just a backpack and a guitar, Raunaq Kaul hooks up with Surinder Bhan, who introduces him to Charlie, the owner of 'Charlie Tango' nightclub. This is where Raunaq makes his start and achieves phenomenal success as a composer virtually overnight. He quickly regresses to a life of illicit drugs, including Charas, Cocaine, Ganja, smoking, and alcohol. Unable to perform, he goes for a medical check-up with Dr. Manu Rishi Kaul, and is told that he has lost his hearing in the right ear, while the left one is only partly functional. In order to avoid deafness, he must avoid loud music as well as try and keep off drugs, alcohol and smoking, and wear a hearing-aid. Unable to focus on his work, he alienates himself, gets into an argument, which results in an accident - taking away his hearing altogether. Depressed, refusing to communicate with anyone, he prepares a padded sound-proof room with hopes of recovering his hearing. Will be succeed in this venture, or have the abuse of drugs and alcohol made him delusional?
Share this clip :
Labels: feature, hindi, movie
« Prev Video Next Video » Home