skip to main | skip to sidebar
VISHWAMITRA ALL EPISODES: 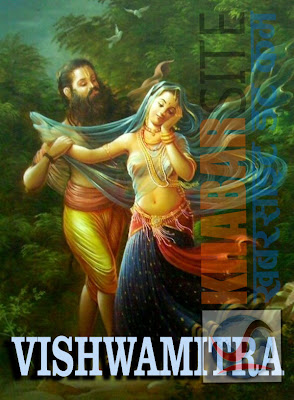 Brahmarshi Vishvamitra (Sanskrit: विश्वामित्र viśvā-mitra "friend of the world"; Kannada: ವಿಶ್ವಾಮಿತ್ರ; Telugu: విశ్వామిత్ర; Tamil: விஸ்வாமித்திரன் Visvāmittiraṉ; Thai: Swamit, Malay: Nila Purba; Burmese: Bodaw) is one of the most venerated rishis or sages of ancient times in India. He is also credited as the author of most of Mandala 3 of the Rigveda, including the Gayatri Mantra. The Puranas mention that only 24 rishis since antiquity have understood the whole meaning of, and thus wielded the whole power of, the Gayatri Mantra. Vishvamitra is supposed to be the first and Yajnavalkya the last.
Share this clip :
Labels: Religious
« Prev Video Next Video » Home