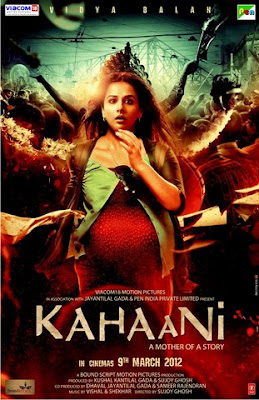 Kahaani is a 2012 Indian thriller film directed and co-produced by Sujoy Ghosh. It stars Vidya Balan, Parambrata Chatterjee and Nawazuddin Siddiqui in lead roles. Balan portrays the role of Vidya Bagchi, a pregnant woman in search of her missing husband, who is helped in her quest by Chatterjee and Siddiqui. After starring in strong female-oriented films in Ishqiya, No One Killed Jessica and The Dirty Picture, Kahaani was Balan's fourth consecutive film to win her critical acclaim.
Kahaani was released on 9 March 2012 to wide critical acclaim and emerged as a success at the box office
Share this clip :
Labels: feature, hindi, movie
« Prev Video Next Video » Home