Posted on 23:29
Chaurahen is an evocative and poignant composition consisting of three separate stories set in three different cities in contemporary India. Each revolves around love, life, and loss. The first story enters straight into the heart of Farooq (Ankur Khanna) and Ira's (Soha Ali Khan) relationship in Mumbai. Farooq remains troubled by his own inability to let go of the memories of his dead parents in his ancestral which he continues to occupy and use as the disturbing muse for his own writing. So deeply ensconced in being haunted by his own past, Farooq appears incapable of fully living in the present, to the extent to which he proves powerless in responding to the possibility of sharing true love with Ira.

In Kolkatta, the second vignette revolves around Dr. Siddharth Bose (Victor Banerjee), a wealthy Calcutta surgeon in his fifties. Dr. Bose's is stuck in the rut of a loveless, pitiful, and seemingly pointless marriage which he attempts to rattle by embarking on a quick, nervous and uncomfortable affair with a much younger woman. His lover, Lea (Keira Chaplin), is a German on her own journey to discover India, and to some extent herself. Their passionate yet tormented romance lays the groundwork for Dr. Bose and his wife (Roopa Ganguly) to repair their relationship while Dr. Bose simultaneously self-destructs his nascent, doomed affair.

The final story occurs in the south Indian city of Kochi where the Nair family confronts the sudden loss of a nuclear family member who died serving in the Indian military. One of the Nair children, Naveen (Karthik Kumar), returns from Vienna to try and reconcile the harsh, lonely reality of his brother Keshi's (Shayan Munshi) death with his own inability to connect with his personal and familial history in India and his present predicament of having to feign a relationship with a woman to conceal his love for a man in EU. 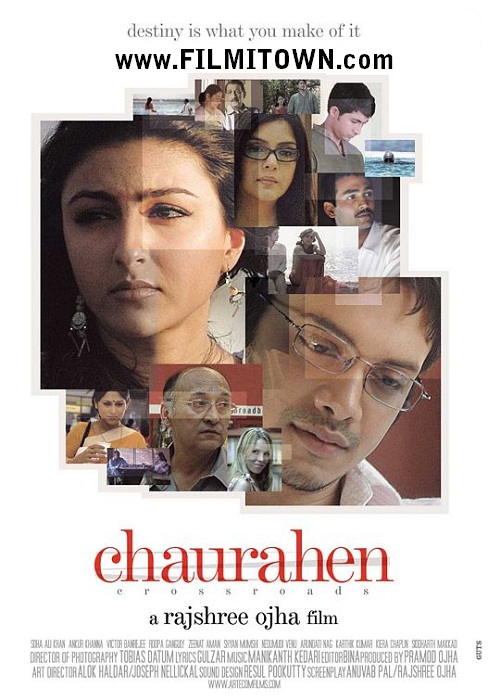