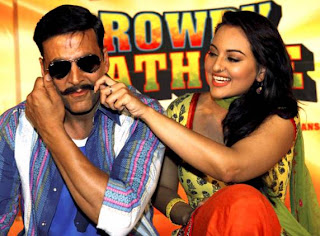 The film is a remake of the superhit Telugu film Vikramarkudu, which was also remade in Tamil as Siruthai, another superhit. The film will see Akshay Kumar back in his original action avatar, this time under the direction of the maestro of the masala action genre, Prabhudeva. The movie is pegged to be one of the most anticipated movies of 2012.

LET IT BUFFER 2-3 MINUTES AFTER THE PLAY